As the only town on Scotland’s legendary 90-mile stretch of north coast, Thurso is the ideal base for travelers with a desire to explore – wanderers eager to stray from the beaten path.

We’re a short trip away from astounding sights in every direction – east to the staggering scenery and dramatic history of the Caithness coastline; south to Britain’s last true wilderness in the Flow Country; west along the North Coast to tranquil mountains and beaches in Sutherland; and north to the vibrant Orkney and Shetland Islands.

A Scottish Highland town with a Norse name, and a character that is distinctly Caithness – the understated and almost mysterious county at the tip of Scotland – Thurso is, and has long been, a nucleus for discovery in this part of the world.

Millennia-old brochs and cairns, the heritage of a stone industry that paved the world, pioneering nuclear technology, world-renown meetings of intrepid cold-water surfers – a unique and largely unexplored energy surrounds the town.

‘Beyond the Highlands’ – ‘Separated from Scotland by mountains; connected to the islands by sea’. Such things are often said when people remark on what distinguishes the county of Caithness from the rest of the Scottish Highlands.

As with many rural towns, it’s impossible to separate Thurso’s identity from that of its surroundings. The Caithness identity burns strongly enough that the county became the first on mainland Scotland to adopt its own flag in 2016.

Like the Northern Isles of Orkney & Shetland, Caithness is steeped in Norse heritage, which explains the Nordic Cross’s presence on our flag. The black background represents Caithness Flagstone; the blue shows our connection to the sea; the yellow signifies our brilliant golden beaches; the galleon further empahsises our strong maritime heritage, while a raven is perched on the galleon because legend has it the Vikings marched through Caithness carrying a Raven Banner.

Thurso is a fiercely Caithnessian town in the Highlands. 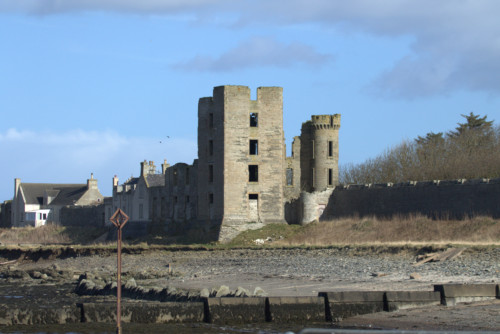 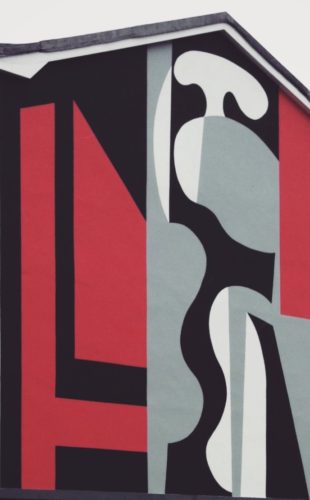