Well then. Sexy archaeology. That’s what it’s come to.

But there’s only so much prosaic language I can use when trying to express the archaeology of Caithness. If only those so impassioned by the prospect of Orkney knew that they’re walking past incredible hidden histories on the mainland, and of the archaeological wonders you can experience whilst taking an archaeological wander through Thurso.

Caveat: OK, when I said ‘archaeological wonders’ that was a little bit hyperbolic. But let’s run with it because it sounded great.

We begin our journey as so many do on their way to the islands of Orkney – Scrabster. But we’ll perform an about turn. Instead, let’s go for a gentle stroll along the cliffs of Caithness, to our first archaeological stopping point –‘Bishop’s Castle’, a small promontory overlooking Scrabster Beach. Now, whilst the wind is anything-but gentle (sometimes), it really is a pleasant walk, and as you cast your eye across Thurso bay, listen to the waves rolling in and gentle chirps of the oystercatchers. …Ahh, bliss…

Rewind the clock roughly 1,000 years, though, and this area was anything but peaceful. Those waves rolling in also brought rampant destruction. Murder. Distasteful language. The sea brought VIKINGS.

And it appears that here at Bishop’s Castle, the savage extent of the Vikings was in full flow. The authors of the Orkneyinga Saga relate a tale between the ‘Wicked’ Jarl Earl Harald Madaddson, who was looking to impose himself on Caithness, and the Bishop of Caithness, John, who tried to protect his parishioners.  Earl Harald met John at the ‘borg’ (a Norse term for stronghold) of Bishop’s Castle and…needless to say, it doesn’t work out terribly well for Bishop John, who has both of his eyes and tongue cut out.

(For a peaceful day out in the footsteps of our Viking Ancestors, check out the Walkabout Thurso – Wind, Whisky and Vikings itinerary!)

If you’ve got good eyes (too soon?) you’ll notice some stonework at Bishop’s Castle. This, in fact, belongs to a later structure from the 13th century – most likely a castle. Underlying the stonework may be the remains of the ‘borg’ recorded by the Orkneyinga Saga – archaeological investigations carried out in 1970s suggested that the borg may have been a prehistoric broch!

Of course, the 20th century pill-box overlying both the castle and the borg, and the nearby concrete ‘tank traps’ are testament to the fact that this area has, through the ages, held strategic and militaristic importance.

As you leave Bishop’s Castle, however, you can put such martial thoughts to one side, and instead consider the pyramidal drystone installation known as ‘The Vent’, which was created for the NorthLands Art festival in the early 2000s, and can be found close to the headland. ‘The Vent’ symbolises connections between Iceland and Scotland, our shared past and stories. This is an artwork which seeks to bring physicality with those intangible links with our past.

Seems an odd concept – but perhaps the artwork becomes more meaningful if we consider that it’s just a stone’s throw away from ‘Things’ Va’: a broch which would have most likely served as a Viking ‘Thing’ (local parliament). We do share an awful lot with those Norse marauders.

The past is dirty, scary, gruesome – but well worth exploring, investigating and celebrating. And Thurso is just the place to do it!

Keep up with the sexiest Thurso archaeology at Caithness Broch Project’s Facebook Page. If you like what you see, consider becoming a Broch Project member. 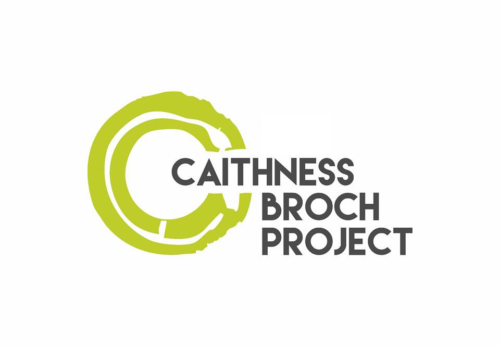