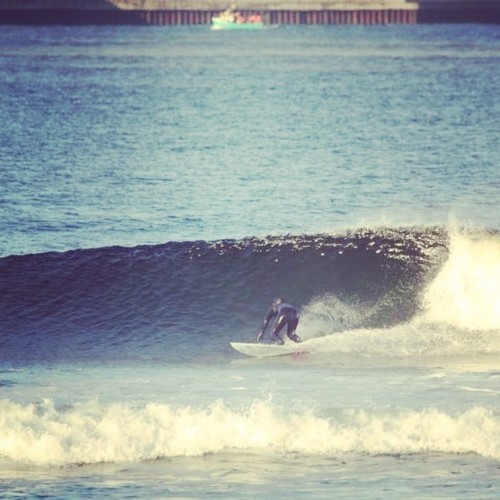 Let’s face it, no one reaches Thurso and says they had a really convenient, easy time getting up here.

Travelling several hours to Thurso with a wetsuit and surfboard in tow is more difficult yet unless you’re well versed in travelling places specifically to surf, but the average explorer doesn’t have a board under their arm as they venture north.

We kind of like it that way; as a town with 500m of sandy beach basically in its town centre, if Thurso was close to major airports, the beach would be overrun! It’d be Scotland’s Rio de Janeiro or Miami instead of Scotland’s…Thurso.

As much as being a bit of an alternative, hard to reach destination  is part of the draw, we still want to connect people with Thurso’s number one natural resource when they do get here.

For a while, we’ve teased people with stories, pictures and videos of perfect, monstrous Thurso East surf without helping them experience a real-life cold-water sample of the stuff when they’re here. But in April this year, Iona McLachlan and her partner Finn McDonald changed the game.

The pair grew-up with chilly Northern Scottish surf before returning home from a trip-of-a-lifetime through warmer waters, champing at the bit to emulate surf schools they’d seen succeed elsewhere.

The fact that they, like prominent local surfer Mark Boyd, were intent on returning to surf on the north coast speaks volumes about the quality of both life and waves on offer up here – there’s more to life than sun and warm water!

After arriving home in April and in the midst of setting up North Coast Watersports, Iona won the Scottish National Surfing Championship in the waters near Thurso. So, you can now experience a lesson in an Olympic sport from a national champion on one of the best beaches In the world!*

What better way to start your foray into cold-water surfing, and what better way to embrace the energy of Scotland’s north coast, than literally immersing yourself in the elements with a local expert?

The various high-profile surfing competitions hosted at Thurso East aren’t like a World Cup or Olympics – once the surfers pack up and the waves roll back out to sea, little infrastructure remains to mark the epic event. 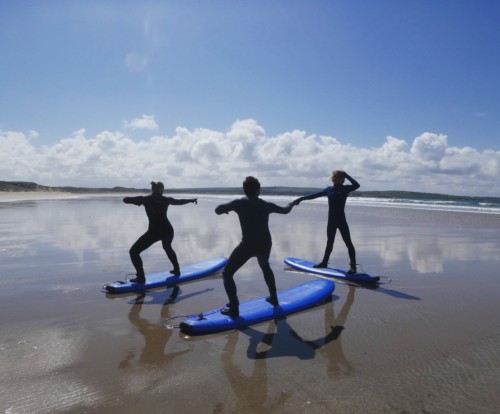 In Thurso, the legacy of World Surfing Championships and O’Neill Coldwater Classics is the passion of people like Iona, Finn, and Boydie for local coldwater surfing

We caught up with National Champ Iona between lessons to get the low down on her experiences up here.

*No one who’s been to Dunnet, Peedie Sands, Thurso, Melvich, Strathy, Bettyhill, Farr, Tongue, Coldbackie, Sango Bay, and/or Balnakeil Beach will contest this! (not an exclusive list)

Iona, you were away but you’ve come back with a bang, what have you been up to since you got back?!

Don’t think I’ve stopped since I got back! Turns out starting up a business is harder than I thought. So me and my partner Finn MacDonald are creating a surf school for the North of Scotland. We set our minds on this idea while travelling, and since we have returned home are doing all we can to get it up and running for this summer. We have already bought 10 foam surfboards and have written a 26-page business plan to fund wetsuits and other gear!

We’re called North Coast Watersports, we’ve already done quite a few surf lessons here and there. I was also filmed giving a presenter a lesson for a programme called Secret Scotland!

Oh and a week after returning home I competed in the Scottish national championships and ended up winning the ladies title! It’s all super exciting and not something I expected to achieve.

Do the Scottish National Championships take place here every year?

Yes, I’ve been competing in the Scottish championships for a few years now and its always been in Caithness. We simply have the best waves in the country up here. Saying that, normally during competitions the waves disappear, and weather turns against us, but we totally lucked out this time and scored waves and sun!

I asked Boydie this same question as you’ve both done a bit of surfing abroad, is the surf in Thurso really that good!?

I wouldn’t want to live anywhere else because of the waves here. You get amazing waves in other places – which I cant wait to keep exploring – and it will always be appealing to escape the cold surf to warmer waves, but there’s something special about the north coast. So yes, I really believe they’re that good!

Did you miss the north coast while you were away?

When I’m over-heating in the sun and seeing photos of pumping crisp waves back home I definitely miss it! It always looked so refreshing.

Over-all we were focussed on the new places and waves we surfed. I haven’t been home very much in the last while so I am looking forward to spending plenty of time here with family and friends, but it’ll be nice to get away on an adventure sometime soon.

We’re buzzing for your newly established surf school, it seems like hard work, but you’ve seen first-hand how it works elsewhere…

Yeah! The first stop on our travels was New Zealand and we landed jobs surf coaching at one of the country’s top schools which was sweet as! We lived beside the business owner and he gave us tones of advice on how to go about it. He opened our eyes to how much work it is but it didn’t put us off one bit.

There’s more to it than giving lessons. Increasing customers by constantly advertising to get people to experience the magical waves seemed to be the hardest part. Finn and I are learning lots trying to figure it all out. But we’re excited by what the future could bring! 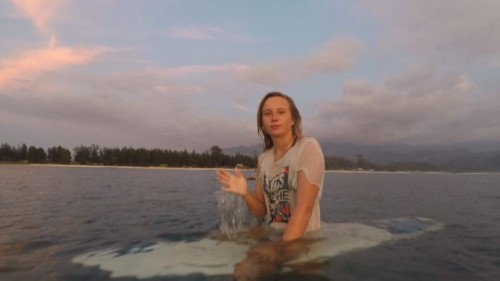 What would you say to people put off by the idea of our cold water?

I don’t think people realise how advanced wet-suits are. Honestly, if you have a good wet-suit you really don’t feel the cold! A lot of the time I’m overheating by the time I come out of the suit! People always look at you like you’re a bit mad, but when you get into the flow of catching waves the cold is the last thing on your mind.

Getting in and out the wet-suit can be tough, but being out in the water and experiencing the waves is worth it.

You’ve travelled the world a bit, you’re a national sporting champion, and now you run a business – you don’t sit around waiting for things eh?

Well I guess not! I remember one of my teachers said that to me a couple of years ago. I think I have always been a very motivated person and once I set my mind to something I will do everything I can to make it happen.

A few people say I’m very young and I should slow down and wait, but I have a lot I want to do in life and I want to give myself the best head start I can. I’m hoping to stay busy in the future, hopefully growing our surf school, pushing my own surfing performance and of course travelling and exploring many more countries. But the North coast of Scotland will always be home! 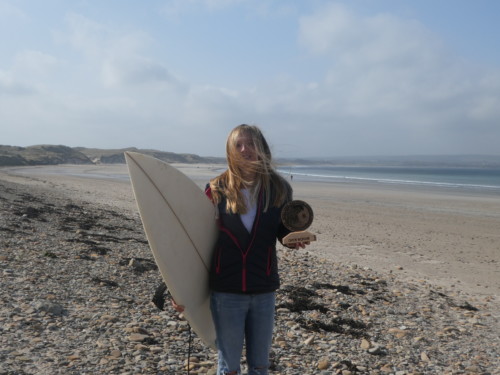 What’s an absolute ‘must see’ for visitors to Caithness? (Except Duncansbay Stacks!)

The view from a wave in Dunnet Bay! I’ve spent most of my time splashing in the waves at Dunnet. Everyone should at least walk and appreciate the amazing sand dunes along the beach, and ideally experience surfing the perfect waves rolling through this bay.

Don’t forget to read about the 2019 Scottish National Surfing Championships that took place in Caithness. 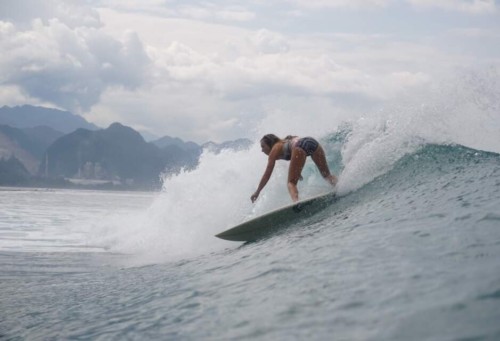